This page will cover a variety of topics under the heading of entertainment. 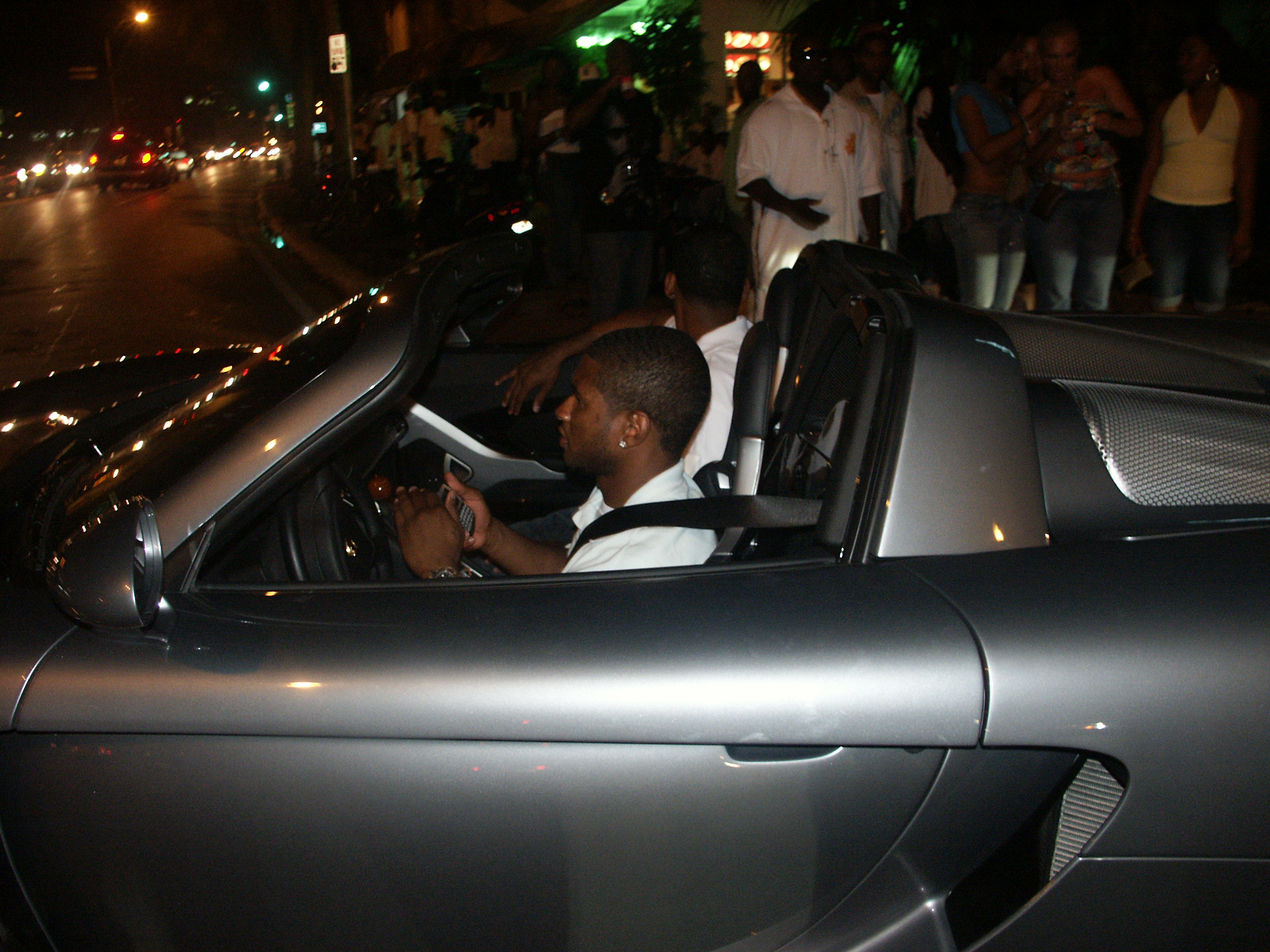 I, Frederick Bryant, took this picture of Usher, at approximately 11:00 p.m.,Memorial Day, 2008 on South Beach as he was exiting the parking lot of one of the hotels.

As I was watching a Miami Heat game on television a couple of nights later, the television camera zoomed in on Usher as he was dodging the basketball and one of the players chasing the ball as it went out of bounds.